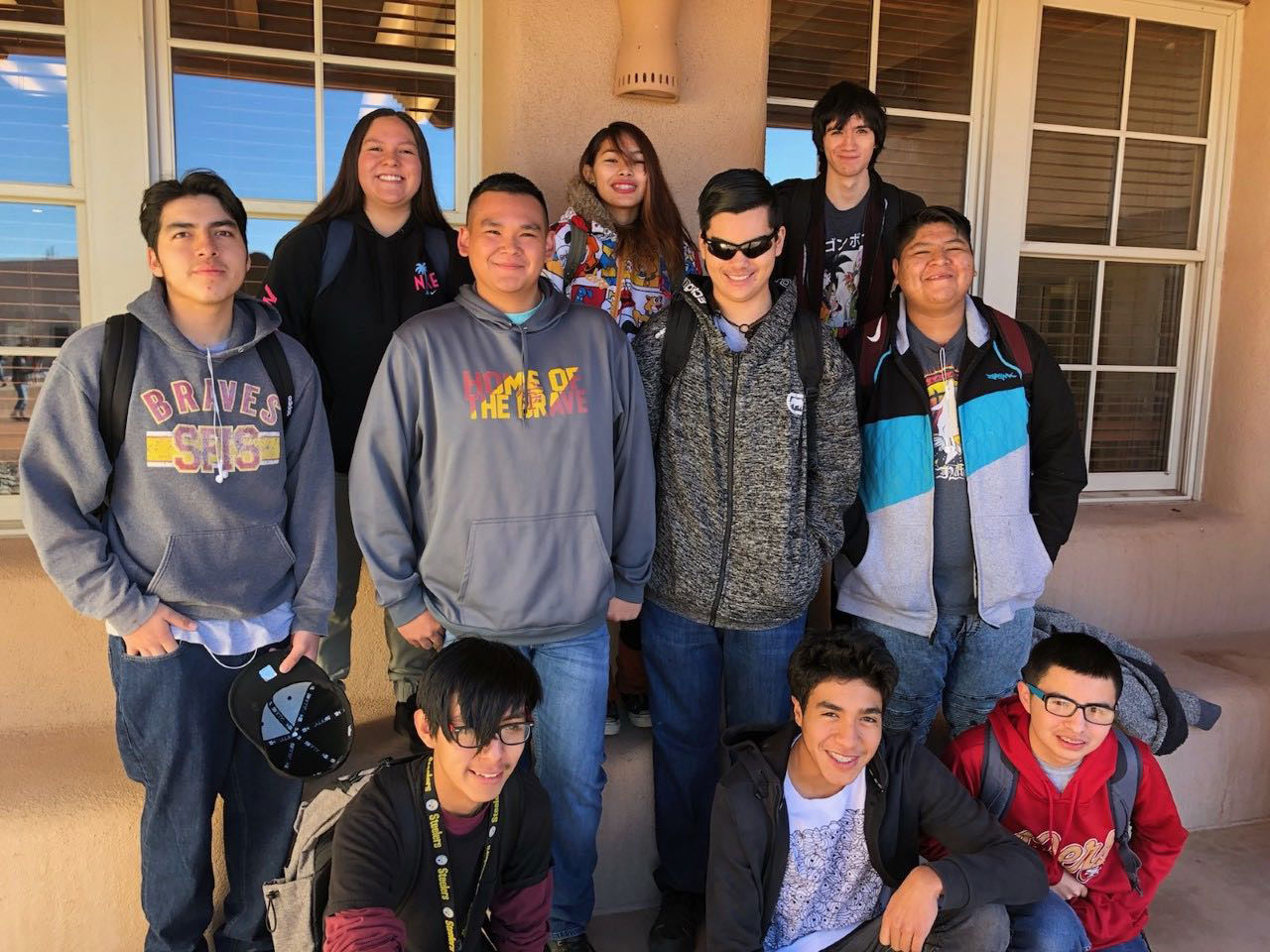 Members of the Chess Club on campus.

The Chess Club is both an academic club and an NMAA club competing in the Northern Schools Chess League tournaments.  Members are from the middle school and high school with all members registered with the United States Chess Federation for ranking based on their abilities.  The Varsity Chess club has been the 4A State Champions on three occasions, 2018, 2017 and 2016.  Anyone can join the chess club even if they do not know how to play chess.  Instruction is provided.   There are currently 45 student members of the chess club.  Sponsors for the Chess Club are David Escalante and Beth Flannery.